Plants in a time of coronavirus

March 30, 2020
For gardeners, one of the most frustrating things about the lockdown are not the restrictions, but the lack of gardening kit. It's fantastic having time at home at this time of year, but not so fantastic when you can't get hold of compost, or aggregates, or even seeds.
Most of the big seed companies have been swamped with orders for vegetable seeds, and are struggling to cope. The local builder's merchant where I order things like soil conditioner and gravel has closed for the duration.
However, you can still buy plants. There are lots of small independent nurseries continuing to do mail order, mainly because they are run by just one or two people, who can run the business despite social distancing.
"Small is beautiful" is a theme of the coronavirus crisis here in the UK. The small shops have stepped up very quickly to meet demand. Our village post office and the trout farm shop, which usually make a lot of their money selling souvenirs to tourists, now stock tinned food such as tomatoes and pasta as well as daily necessities like milk, bread and eggs.
One of the first local shops to change tack was the organic farm shop, which now operates a click and collect service. And I noticed in Wareham, Dorset, where my stepmother lives, that the wholefood shop was the first to introduce a new way of operating.
Perhaps being an "alternative" retailer makes you much more aware of other ways of doing things? Discuss!
Anyway, if you are suffering withdrawal symptoms from your plant-buying habit, here are a few of my favourite nurseries, who at the time of writing were offering mail order. Most of them warn that deliveries aren't as fast as usual, but they're still sending stuff out.

While we're on the subject of deliveries, I'd like say a huge thank you to the Royal Mail, the courier services and Post Office workers here in the UK. I don't know how we'd manage without them.

Hardy's Cottage Garden Plants is run by Rosy Hardy and her husband Rob. Rosy is a multiple gold-medal winner at the Chelsea Flower Show and their nursery in Hampshire has a huge selection of perennials for every conceivable situation in the garden - sun, shade, dry, moist, spring-flowering, autumn-flowering and so on. 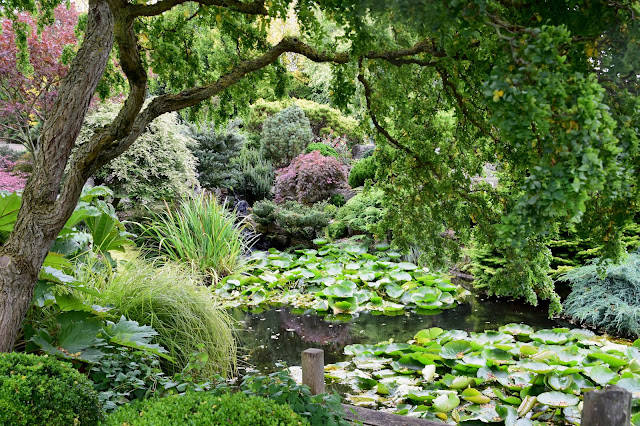 Ashwood Nurseries in the West Midlands is owned by plantsman John Massey. It is a really inspiring place to visit, because as well as the nursery, John's garden (above) is regularly open to the public. Sadly, that's all closed now, of course,  but I wrote a post about it a couple of years ago, if you want to see more. Their extraordinary range of plants is available via mail order. You can choose from 168 different hellebore species and cultivars, 98 hydrangeas, 66 hepaticas, 370 roses - you get the picture.

Bluebell Arboretum and Nursery is owned by the Vernon family, and the manager is Jason Grundy. They are based in south Derbyshire, near Ashby de la Zouch. If I'm looking for something a bit unusual in the way of trees and shrubs, I go straight to the Bluebell site because they have a huge selection. One of the things I like about their service is that Jason will ring you to tell you that the plant has been dispatched, and give you advice on how to look after it.

Tissington Nursery are also in Derbyshire, based in an old walled kitchen garden in the heart of the Peak District. This family-run nursery sells perennials and herbs, and specialise in Victoria violas.

The Tiny Plant Company is run by Matt, Susi, Gary and Sally and as the name suggests, they specialise in small plants.  These include naturally low-growing or small plants, such as ajuga, or Geranium 'Max Frei'  as well as dwarf varieties, such as the miniature brachyglottis (senecio) 'Warburton's Silver Dormouse'. 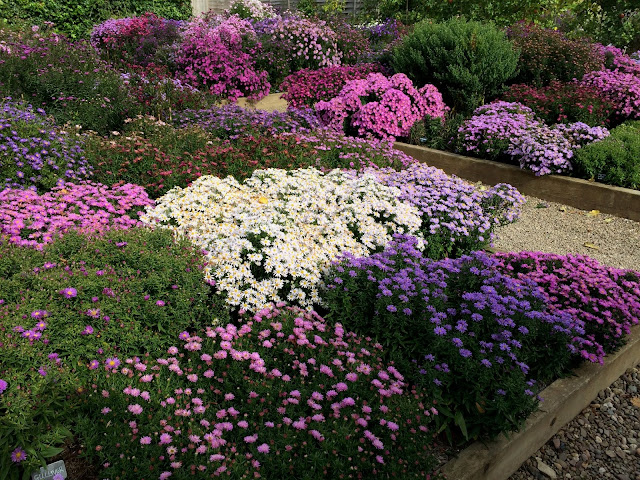 Old Court Nurseries in Colwall, near Malvern, Worcestershire, is famous for its asters (above), but it also sells a range of perennials. Helen Picton is the third generation of the Picton family to take charge, and she and her husband Ross have expanded the Picton Garden, attached to the nursery, to showcase a bigger range of plants.

Pepperpot Herbs, a Hampshire nursery run by Catherine and Neil Wallsgrove, have been inundated with orders thanks to the boom in grow-your-own. Neil told me that since lockdown, they have had a year's worth of orders in the space of a week and a half. They may occasionally suspend shopping online while they catch up, but they are determined to keep going for as long as possible.

Bluebell Cottage Gardens and Nursery is owned by Sue Beesley, who fulfilled a lifetime dream of running her own nursery after winning the BBC's Gardener of the Year competition. Sue specialises in flowering perennials.