Showing posts from April, 2016
Show All

In praise of ... Japanese cherries 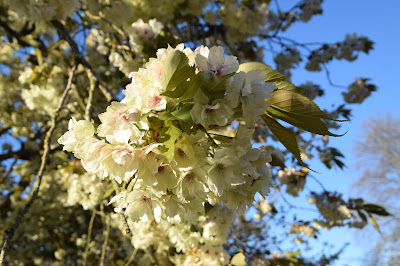 For beekeepers, the joy of ornamental cherry blossom lies not just in its appearance, welcome though that is after months of winter monochrome. It’s also the sound of contented bees feeding on the nectar, which on a warm spring afternoon fills the garden with a happy hum. Ornamental cherries, like all fruit trees and their cultivated varieties, put on their spectacular early show specifically for bees and other pollinators, getting in quick before there is too much competition from other sources such as herbaceous plants and trees. If you are one of those people who think that Japanese cherries are just a little bit suburban, then you’d be right. Their popularity in Britain was fuelled by the growth of the new suburbs in the 1920s and 1930s, which mushroomed out from cities and towns across land that had previously been used for grazing and hay. In 1900, there were around a million working horses in the UK, but by 1914, thanks to the advent of the motor car, this number had drop
4 comments
Read more
More posts