Camassias! And more about narcissi 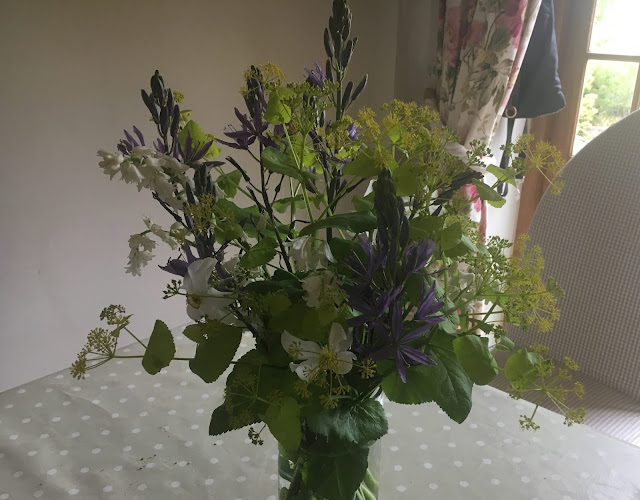 The camassias are the last of the bulbs to flower in what I call the "spring bulb meadow". This isn't actually a meadow – far from it; it's a crescent-shaped swathe of grass punctuated by ornamental cherry trees. I have another small circular "bulb meadow" around another cherry tree, and in both of these areas, the flowering season begins with snowdrops, then crocuses, then daffodils, then – finally – camassias and bluebells.
I got the idea of a spring bulb meadow from Rosalie Dawes, owner of Birtsmorton Court, in Worcestershire. She had created one on a patch of grass beneath deciduous trees and at this time of year, it looks superb.
Rosalie explained that wildflower meadows are not only notoriously difficult to sustain, but also mean that the grass has to be kept long until June or July. Birtsmorton is very popular as a wedding venue, so in early summer they don't want areas of long grass near the house.
At the time when wildflower meadows look their best, argues Rosalie, everything else is looking good too. Far better, surely, to have something that is a real feature in March or April, when not much else is happening in the garden.
I am always a sucker for a logical approach, and I have to agree that a spring bulb meadow is far more practical. I mow mine down when the camassias have gone over (around the end of May) and keep it slightly longer than the rest of the lawn by mowing it on the highest setting.
This helps the primroses survive, because they like cooler, damper conditions, and you are mowing (with a bit of luck) over the top of them.
I get a lot of perennial weeds growing in the grass, particularly hogweed, or cow parsnip (Heracleum sphondylium) which is a real pain. It's related to giant hogweed (Heracleum mantegazzianum) but nowhere near as dangerous. As the name suggests, it has parsnip-like roots, which fork around stones to go deep into the soil. It's almost impossible to dig out, so the only way of getting rid of it is to use weedkiller.
It is always frustrating when the plants you don't want seem to spring up with casual ease, while the plants you do want are extremely slow to appear. 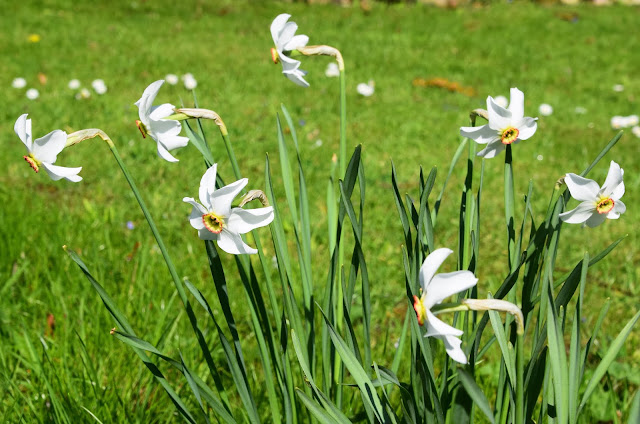 Several years ago, I planted some Narcissus poeticus var. recurvus, or pheasant's eye narcissi, in the bulb meadow. It's a late-flowering narcissus, with white swept-back petals and a small golden centre. One of the best things about it is the scent, which is incredibly subtle. It has the sweetness you would expect from a white spring flower, but there is a spicy note as well.
Although it has a Royal Horticultural Society AGM (Award of Garden Merit), it is classified as a wildflower, and unlike many narcissi, it likes cool conditions and light shade. I thought it would be all right in the long grass of the bulb meadow, but it's obviously not completely happy there. Too stony, and too sunny, perhaps.
This year, after a long wet winter, it has finally decided to send up flowers (above). My original idea was that it would make a nice late-spring combination with the blue camassias and I'm pleased to report that the two do look lovely together. 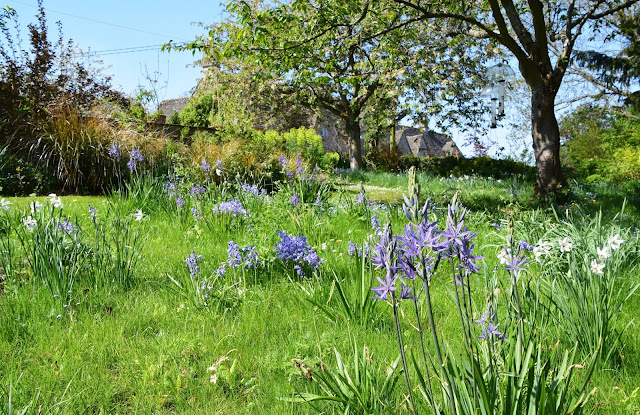 My neighbour reports a similar problem with pheasant's eye narcissi. He planted lots in his garden, and was disappointed to find that not one made an appearance the following spring. He ripped them all out and chucked them on the compost heap - whereupon they duly flowered the following year. The compost heap success suggests they like deep, rich soil, but they are described as alpine plants, and compost heaps are not common (to my knowledge) in alpine areas. Has anyone else got a story to tell about recalcitrant recurvus narcissi?
I had a similar experience with the Bupleurum rotundifolium, which I bought as a packet of seeds from Sarah Raven. I should point out that I didn't sow these in any prepared soil, just chucked them on the border a few years ago, and hoped for the best. Last year, a couple finally appeared. This year, there are lots of them and they are starting to seed around.
As you can see from the top picture, they are fantastic for flower arranging and last really well in a vase. They fill the spring gap before Alchemilla mollis and things like Euphorbia seguieriana start flowering in my garden. 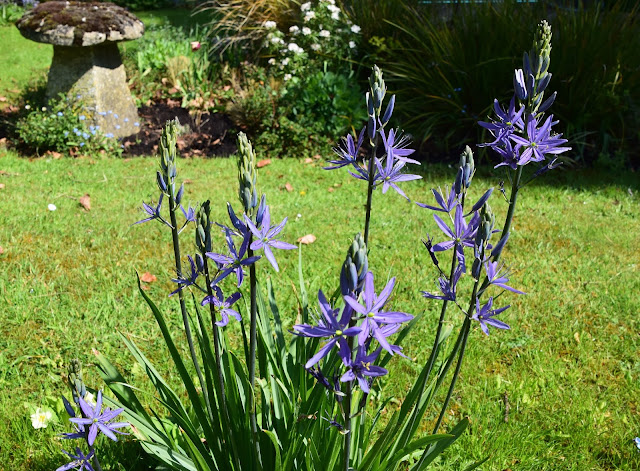 Camassias, despite their height and exotic appearance, are incredibly easy to grow. I even dug some up, split them, and replanted them earlier in the spring and they don't seem to have minded this brutal treatment at all. Now that's what I call a plant of garden merit.

VP said…
Ooh I spotted alpine compost heaps in Switzerland last year! I guess my gardening radar was tuned to that kind of thing. The one that particularly sticks in my memory had pumpkin plants romping across it, which reminded me of growing them in my muck heap on the allotment. I figured that the shallow alpine soil, plus pumpkin's liking of a rich soil was why the farmer had chosen to grow them that way.
30 April 2020 at 17:11