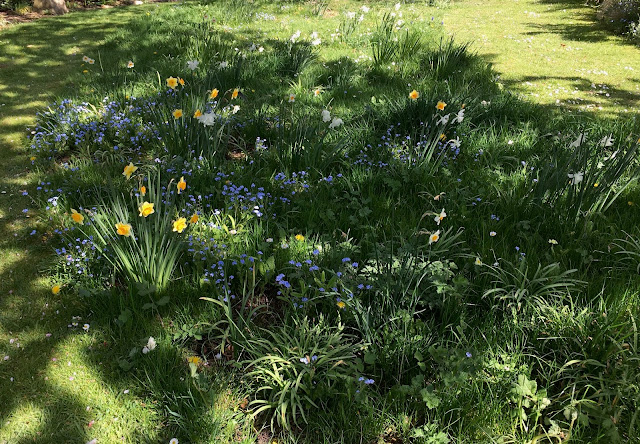 When I was little, I thought daffodils were yellow flowers with trumpets, and white flowers with orange centres were called narcissi. Now, of course, I know that they are all narcissi; that daffodil is a common name for just one member of the genus. I've since found out that the name daffodil is a corruption of “asphodel”, the flowers which were said to carpet the floor of Hades.
I still tend to cling to my childish belief that white “narcissi” with orange centres are somehow much more exotic and interesting than yellow flowers with yellow centres. The only exception to this  are the ones with salmon centres, such as ‘Salome’.
I do have some ‘Salome’ in the garden, and I know people love them, but to me they always look as if they’ve been left outside in the rain, and then faded in the sun. (I can be very conservative when it comes to certain plants.)
Actually, the more intense the contrast between the tepals (the ring of petals) and the corona (the bit in the middle), the more I like them. ‘Verger’ is a particular favourite, although it’s not a new variety - it was bred in Holland in 1930. I also like 'Barrett Browning' (below), and 'Geranium'. 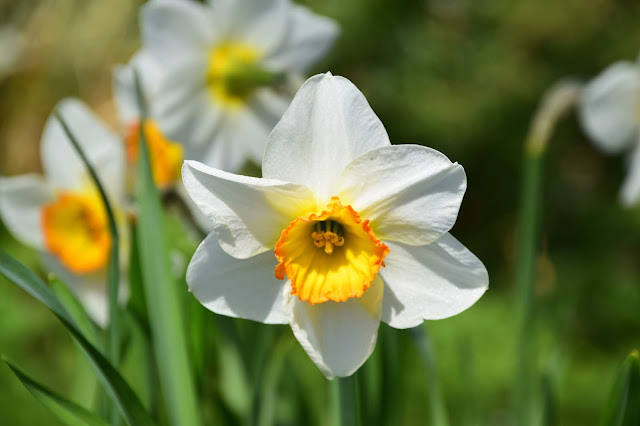 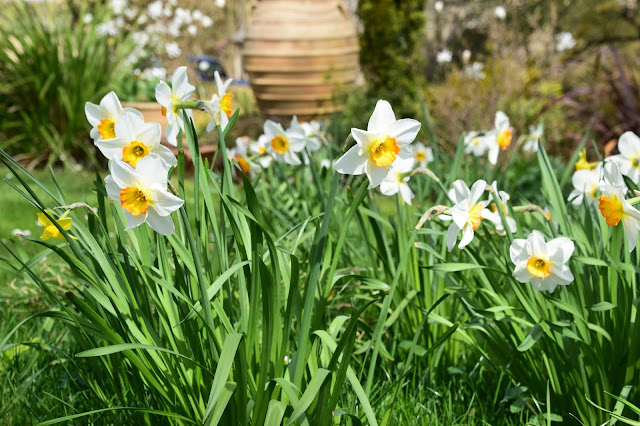 I've recently relaxed my "white-only" rule because I realised that on grey cloudy days, the yellow daffs really glow, like a little patch of sunlight. A friend gave me a bowl of 'Carlton', the classic yellow daffodil, and it looks fabulous with dark purple polyanthus.
The problem with daffodils, like so many other plants, is that there is such a limited number of varieties that are widely available. All the ones I've mentioned so far are usually stocked by garden centres, but there are lots of others that are equally reliable and just as beautiful.
A couple of years ago, I planted a heritage daffodil called 'Bath's Flame' (available from Shipton Bulbs) and it is the prettiest thing, with primrose petals and an orange centre. Unfortunately, we had a spell of hot weather last week, and by the time I remembered to photograph it, they had all gone over.
I'm going to try to remember this year to order some more of the old varieties.
My last picture has nothing to do with daffodils, I'm afraid. I thought I'd leave you with this image of Rufus, who finds the combination  of spring sunshine and warm grass irresistible. 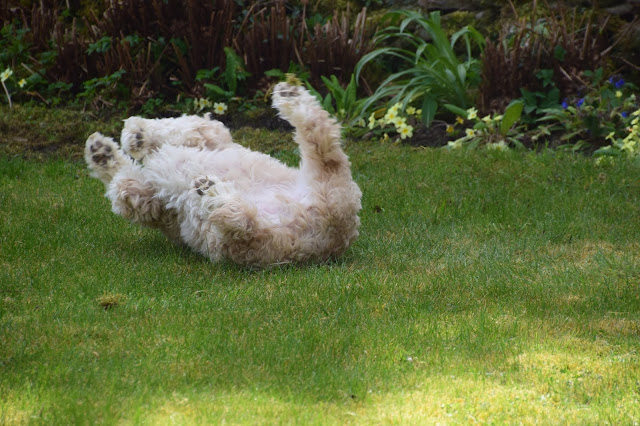