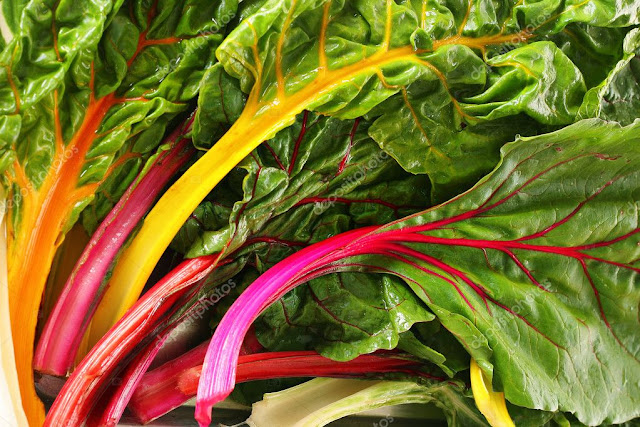 The name “chard” comes from the Latin “carduus” meaning thistle (as in cardoon, for example). Like cardoon, chard has thick edible ribs to its leaves and the Romans, who grew both for their stalks, called the two plants by the same name, thus setting up centuries of confusion.In fact, they are not even members of the same plant family.
Just to perplex you further, chard is also sometimes known as Swiss chard, but no, that doesn’t mean it comes from Switzerland. And it is sometimes known as sea kale, or silver kale, but it's not kale either (kale is a brassica). We have to look at the botanical name, Beta vulgaris subsp vulgaris, to see that chard is actually related to beet, along with quinoa (who knew?) and spinach. Does that mean it produces an edible root? Sorry, no.
Whatever you call it, however, it’s worth growing, both for its nutritious leaves and its colourful stems. There’s nothing quite as cheering as the brilliant stalks of Chard ‘Bright Lights’ illuminated by a low autumn sun. 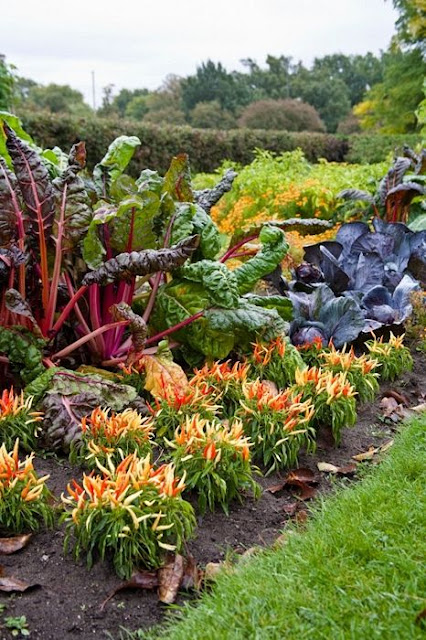 Chard is an attractive and versatile vegetable. Its glossy leaves and dazzling leaf stalks make it stunning to look at as well as tasty to eat.
Tender baby leaves will brighten up salads, while larger ones can be cooked like spinach and their crisp leaf stalks are a colourful addition to stir fries.
You can grow chard in a garden border or in a trough or half barrel, so first purchase a packet of seed of the variety ‘Bright Lights’. Then find a seed tray with 24 sections, fill the sections with a multipurpose compost, then insert a seed into each section pushing down half an inch with the back end of a pencil.
Water in and wait for germination. When the small plant has grown to about three inches high, now is the time to remove your plug from the section and plant in your chosen tub or border. 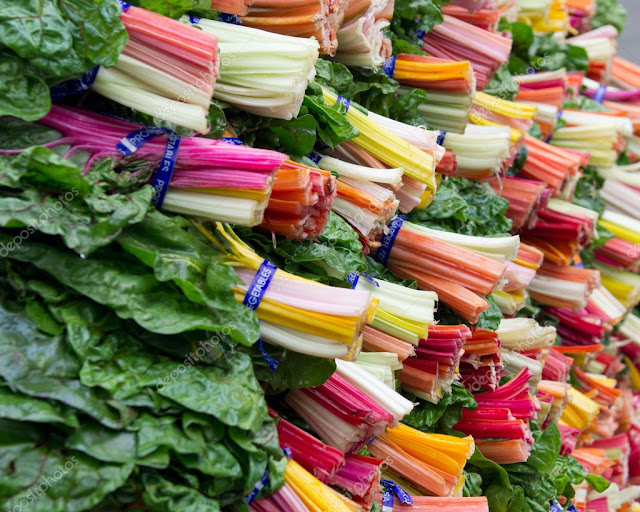 To get a good flush of leaves, use a John Innes No 3 compost in your tub and for the garden mix good humus with the soil. Plant your chard plugs at intervals of three inches and water in well. Within weeks you will be picking leaves.
Keep your plants well watered and watch out for slugs, and above all our friends the pigeons. If pigeons become a nuisance, place some netting over the chard but remember to raise the net above the plants or else the birds will pitch on the net and peck through the holes.
If you had a good germination, and have a few spare plugs left over, pot them up into a 15cm pot and enjoy some extra leaves for your salads.
Another idea when planting a trough or tub is to plant some winter pansies around the outside. This will not only provide an added attraction, but the delicate flowers are edible and make an attractive garnish for winter salads. Or you could plant parsley for adding to your culinary dishes. 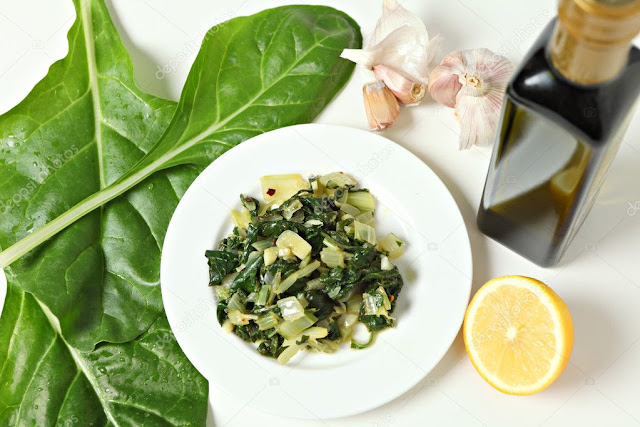 Within six to eight weeks your plants will be ready for you to pick the baby leaves to enhance your salads, then with a further two weeks your stalks will be ready for cutting. Make sure you cut right down at the base of the stalk.
By the winter, chard stops growing, but with a planted tub in a sheltered position, and a mild winter you may be lucky enough to obtain a few extra stalks.
Chard has become fashionable in restaurants because it cooks quickly and adds colour to the presentation plate. It’s also cheap.
No one knows why chard is called Swiss chard, because it doesn’t come from Switzerland. It’s an Italian vegetable originally from Sicily, introduced by a German botanist called Karl Koch. It’s now available in supermarkets in bunches of small leaves or stalks if you wish to buy and not grow.