George says: all hail the kale 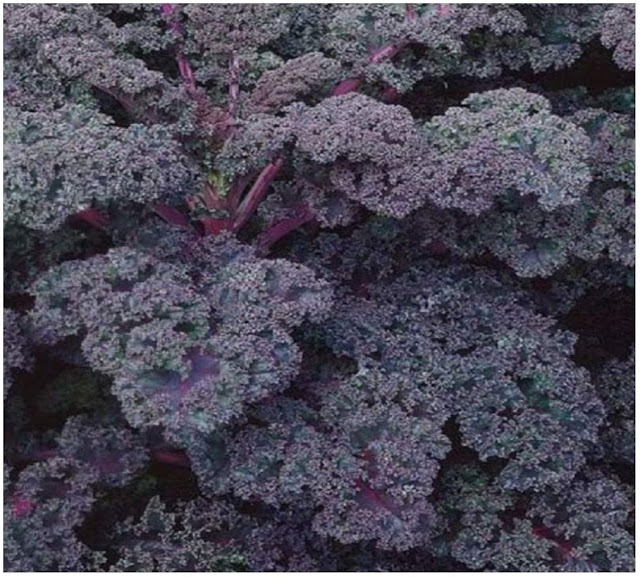 If the months of lockdown have inspired you to start growing your own, you may be thinking about continuing through the winter. Kale has become a staple of British winter cooking, but it is also an incredibly attractive plant, especially the variety known as cavolo nero (“black kale”), or Tuscan kale.
Its bobbly black leaves and stiff stalks give it an architectural quality and provide a lovely textural contrast in the veg patch or even in a mixed border.
According to Paolo Arrigo of Franchi Seeds, the British were responsible for reintroducing cavolo nero to Tuscany. It had dropped out of favour with the Iocals, but when British ex-pats started buying up property in Tuscany, they brought it with them, thinking they were growing something authentically Italian.
I’m going to put in a barefaced plug for Franchi, because I love the idea that their company has been in the same family since 1783, and that they supply mainly smallholders and allotmenteers. I also love their big seed packets – compare a Franchi packet of Tuscan kale seeds at £2.69 for 1500 with Thompson and Morgan’s 250 seeds for £1.
Paolo also points out that Italy, as a long thin country running from north to south, has a huge range of climates. On a winter day, it can be –2 and snowing in Milan, while in Palermo, in Sicily it is 20C. So you don’t need to worry that an Italian seed company won’t stock anything appropriate for the British climate.
Franchi won’t sell you seedlings, however, so if you want to buy kale as young plants at this time of year, you are better off going somewhere like Sarah Raven.
The best thing about kale, in my opinion, is its effect on the digestion. It is a great ingredient when it comes to sorting out any overindulgence at, say, Christmas. Blend a couple of kale leaves with some lemon juice, cucumber, apple, some chunks of fresh pineapple, a handful of mint and an inch of ginger in a Nutribullet, or similar, and drink it down. 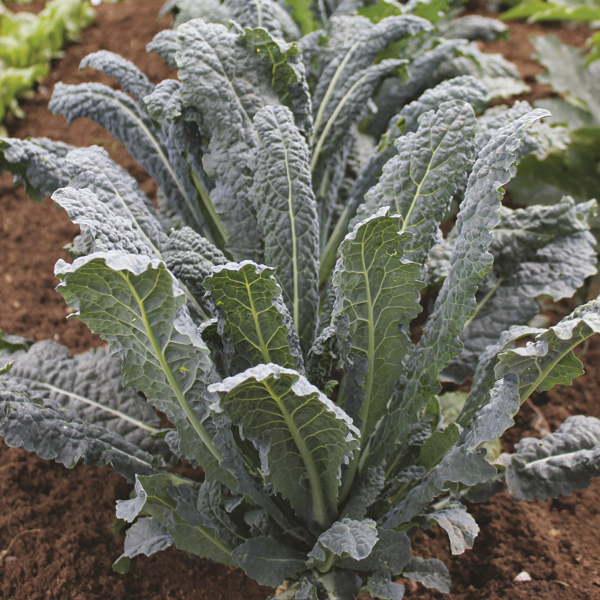 Kale is often a neglected crop, but one that is increasing in popularity due to its nutritional properties namely vitamins C, A and K as well as the highest level of vitamin E of all vegetables. Many chefs are now using the curly leaves and it is difficult to turn on a cookery programme without seeing it featured.
It is also known as Borecole and tolerates cold weather better than most brassicas.
Kale comes in two main types: flat-leaved and curly. It stands well in winter and needs to be frosted to bring out the sugar content in the leaves which will then remove some of the bitter taste. However, varieties like Nero di Toscano have a more pleasing taste to the palate, and the method of cooking also makes a difference.
If you wish to plant kale, the time for sowing seeds is May, but there are growers who supply plug plants for planting in July. The advantage of this is that you can purchase a small amount; they are dispatched in plastic packs of 6, 10 or 25 and so on, and are ready for planting on receipt. When planting, space at 18in intervals and water in well. 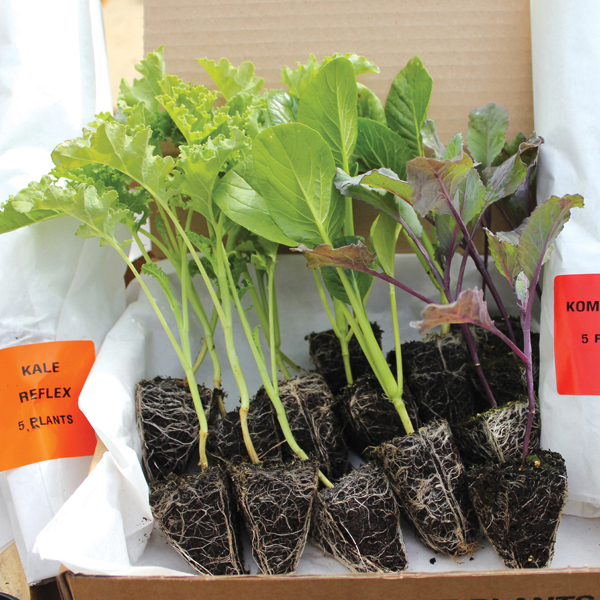 Unlike the other leaf brassicas, kale is still fairly near to its wild ancestry, therefore it will not require rich soil to grow well. However, it requires nitrogen and this can be done by applying Growmore fertilizer granules.
From the day of planting be mindful of pigeons – they love young tender leaves, and in winter, after a sharp frost, pigeons will descend on your kale, then pass the word to all their cousins in the surrounding villages that there is a feast to be had.  Before you can say Jack Robinson you are swarmed out with pigeons stripping your kale. They also leave their trademark, plus your tasty kale is ruined, so always apply netting in a gauged form (50mm for pigeons).
Caterpillars also intrude on your kale and at the first sign of a hole in the leaf, inspect the underside for the creepy-crawly and pick off.
From October onwards start to remove young leaves from the main crown. These are ready for use. If you don’t like the more bitter taste of the older leaves, just leave them on the plant.
Be careful not to over-apply fertilizer as too much will result in soft-grown plants, which will not be sturdy enough to stand the winds and winter conditions.
Gardeners might also like to try putting the odd plant or two into herbaceous borders, as the characteristics of the plant give added attraction to a colourless border in winter. Plus, you can still harvest the young leaves from the crown. 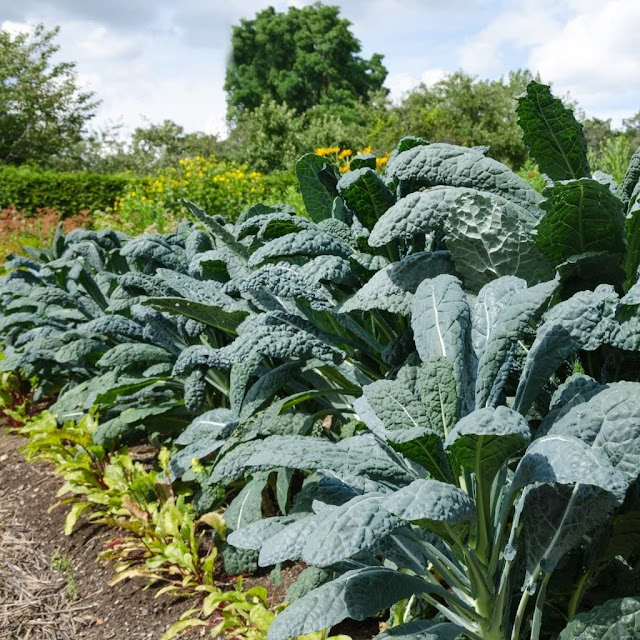 There is a dwarf variety suitable for growing in tubs called Dwarf Green Curled. This plant is ideal for young leaves on salads, it has a pleasant taste and can be grown on balconies or in porches giving you a winter treat.
Kale is a plant that can be tricky to transplant. You can damage the frail roots when pulling up the seedlings, therefore it’s best to sow your seed into sectional trays or small size pots and create a plug which is then easily removed and planted with the minimal disturbance.
Your crop will be ready to harvest in November and will continue to stand throughout the winter. It has been said there is more skill required in harvesting your kale than in the growing process, so make sure you have a sharp knife or scissors handy and inspect the row before making your choice of the young leaves.
Kale originated in Asia Minor and by 2000 BC was in cultivation as a food. The Romans called it Sabellian kale and this original species is believed to be the ancestor of the modern vegetable. It certainly looks very similar to Tuscan kale.
All hail the kale!