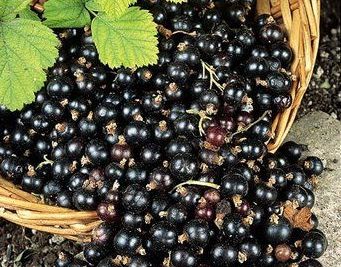 I know two things about blackcurrants. One is that they are full of Vitamin C (four times as much as orange juice) and anti-oxidants (twice as much as blueberries).
I think my mother, who has always been a fan of alternative medicine, must have known about the Vitamin C, because when I was a child, the only jam we ever ate was blackcurrant jam, and the only soft drink we were allowed was Ribena, diluted to a pale pink.
The second thing is that, unlike oranges and blueberries, blackcurrants are difficult to buy in the shops. Ninety per cent of the British blackcurrant harvest goes to Ribena, and this guaranteed market is a lifeline for growers, because the fruit is difficult and expensive to grow commercially.
According to the Blackcurrant Foundation, it takes three years for blackcurrant bushes to produce and another six before producers break even. The crop is weather-sensitive – a late frost creates havoc, windy weather can rip off the berries, and sunshine is needed to ripen them.
Commercial growers don’t use polytunnels, however, because the berries are harvested by a special machine which looks like a combine harvester, and you can only do this in a field full of bushes.
Both these considerations form a good argument for growing blackcurrants yourself. Let George tell you how. 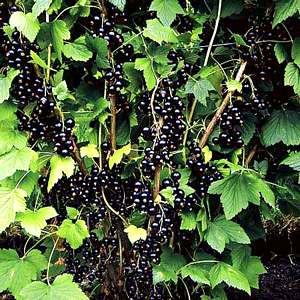 Blackcurrants are distinguished by their tart flavour, and they can be made into pies, jams, cordials and even cassis, plus a coulis to pour over ice cream.
First, if you wish to grow a few blackcurrant bushes, be sure to buy certified stock to avoid mildew and virus problems. A good cultivar to purchase is ‘Ben Hope’.
Planting takes place in early November, probably with bare root stock. It may be frosty when you receive your plants, so just dig a hole and place all plants together within it, and cover with soil This will stop the roots from drying out, then you can plant when the ground is suitable.
Plant in a sunny position, then dig a hole twice the size required. Fill the base with manure or compost, place the bush within, spread out the roots then refill, pressing the soil around the roots. Finally firm in. If you are planting a small number of bushes, be sure to create space between allowing for future growth. If they are too close together, this can encourage mildew.
Blackcurrants tolerate a wide range of soil conditions but prefer well drained moisture-retentive sites.
In the spring, when growth appears, sprinkle some Growmore around the base, then keep an eye on the leaves for any signs of any bugs that might appear on the young growth. If you get a severe attack, cut out the affected wood and burn on the bonfire.
You can also grow blackcurrants in a container. For this you need a half barrel, fill with John Innes No 3 then when the plant is growing well, feed with high nitrogen fertilizer (such as Tomorite or pelleted chicken manure) and be aware of bugs and viruses as already mentioned. You will need to change the soil every two years.
Pruning takes place during the dormant period. Leave the new shoots that have established during the season as they will be the fruit-bearing stems for next year. Cut out all the old wood and trim down to the base. Your plant is now ready for next year’s crop.
As usual with soft fruits, the birds will always dine on your hard work, so its netting time once again to preserve your fruit. Also beware of pigeons eating the young buds and leaves in the early stages of growth.
Keep an eye out for any fruit fly maggots as they can ruin your crop. Pick off any and destroy as soon as they appear.
The modern varieties to buy are the Bens – such as Ben Connan, Ben Hope, Ben Sarek and Ben Lomond. Some varieties fruit at different times.
You can use freshly picked blackcurrants in smoothies, jam or jelly, or just with ice cream and fruit.
A great recipe is Blackcurrant Queen of Puddings, where blackcurrant compote and buttered brioche crumbs give this British classic a vibrant twist with sharp berries complementing the sweet meringue topping. For more blackcurrant recipes go here. 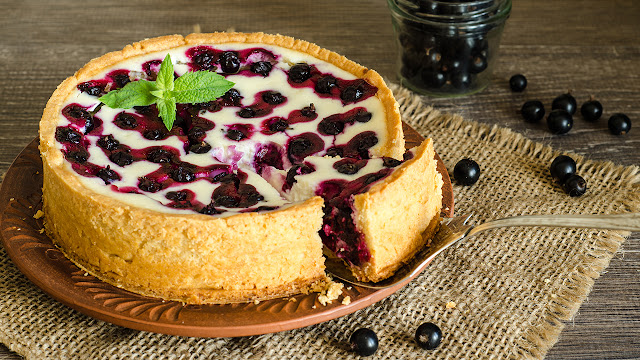